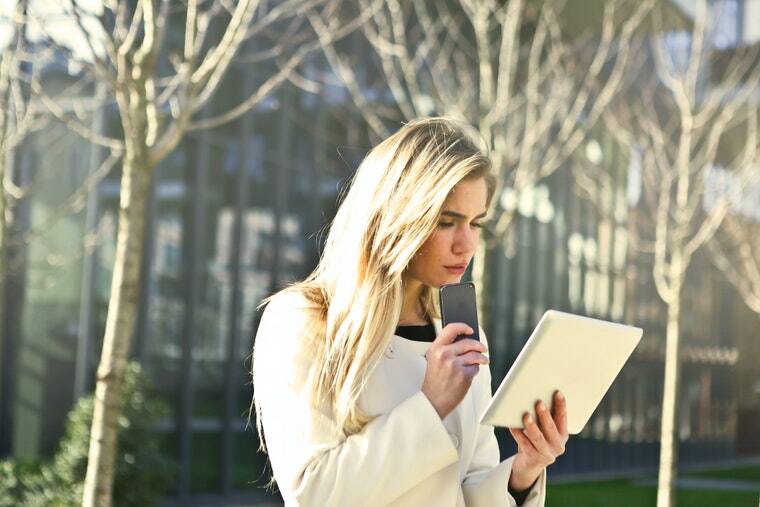 Once in a while, I am approached by past research associates who heard that I “got out,” as several of them put it, and who want to know how I handled the switch. Some of them have no idea that people with science backgrounds have options other than research and teaching, and many are discouraged by the thought that they would have to leave their beloved science in other to engage in those activities. Several of them have called me from home to ask these questions, for fear of being overheard at the laboratory.

The first thing I tell them is that there is far more to science than the “bench”. I myself entered the science field as an undergraduate when I chose to study veterinary microbial genetics. I worked in the laboratory of Dr. William Sischo, an epidemiologist who specialized in number-crunching but who needed technical assistance with field sampling and laboratory work to generate the data. Dr. Sischo instilled in me a strong desire to learn and experiment in genetics. I was fascinated by the many ways genetics can be used to help understand how or why certain biological functions occur, and I wondered how I could use my knowledge of genetics to benefit society.

After I obtained my bachelor of science degree, I went on to graduate school earning a master of science degree part-time while working full-time jobs in a couple of well-establish research institutions. I enjoyed both graduate school and working in the laboratory. I also learned the “correct” career path — an academic position at a respectable research university — was what we were supposed to want out of life. More specifically, academic laboratories were acceptable, but working in industry, even to do research, was generally looked upon as “selling out”. I believe this attitude has relaxed somewhat since then, since grants and jobs have become harder to secure and tenured positions lack the security they once possessed.

It was during my graduate studies that I began to question my goals and the assumptions they were based on. I was becoming increasingly unhappy with the direction my career was heading, and I began to question my abilities and motivation. Finally, when I heard myself mutter out loud “I don’t want to do bench work forever,” I sat up and took notice. I decided that in spite of my training, and even though I still loved science, research was not right for me.

I wanted a career, or at least a job for starters, that valued my graduate degree and training, and that was a better fit for my skills and future ambitions. I decided I would do best with a job that was externally driven either by deadlines or by the needs of others; in addition, I wanted to talk, write, and/or evaluate science as a whole rather than focus on one particular aspect of a research project.

As a molecular geneticist, I had occasionally interacted with the patent department at SmithKline Beecham Pharmaceuticals in support of my supervisor’s patent applications. They worked on a variety of intellectual property issues in a number of scientific disciplines that were of interest to the company. I realized then that I could make very good use of my science background as a patent attorney.

Earlier this year, I accepted an offer to work as a patent agent in the Corporate Intellectual Properties Department at SmithKline Beecham. The job involves writing and prosecuting patent applications, which in turn requires broad knowledge of both science and law. I soon realized that, in order to become an effective patent practitioner, I must become intimately acquainted with U.S. patent law. Because SmithKline Beecham is an international corporation, I have also learned a great deal about international patent law so that I can assist in foreign prosecution of SmithKline Beecham’s patents. When I first started the job, it occurred to me that my learning curve was a cliff with an overhang, and I was at the bottom looking up.

I was extremely lucky to find a job almost immediately following graduation last January. However, this opportunity was not trouble-free, there were additional risks to consider at the time I made the decision to change. Our company was in the middle of negotiations to merge with another international pharmaceutical company, GlaxoWellcome Pharmaceuticals. As details of the merger were released, we were informed that the majority of the money saved in the merger was going to be invested back into research and discovery. In other words, because of the patent applications that I draft and prosecute, my job as a patent agent will play an essential role in the inventive process in the new company. Daily interaction with inventors keeps me up-to-date with cutting-edge technology in the biotechnology field. As my work progressed, I knew I had made the right decision, and I have never looked back.

In October, I took the complex patent bar examination. My determination to take the examination straight away was to become a registered patent agent before entering law school, so that my academic studies will not suffer while I attempt to balance a career and my education. I am now hoping to complete the career transition over the next four years by attending law school at Villanova University and becoming a patent attorney. A few weeks ago, I was offered the opportunity to move to our new research facility in North Carolina, but declined the offer in hopes of attending Villanova’s law program, which is well respected among the various pharmaceutical companies on the East Coast for its intellectual property education.

Intellectual property is a crucial asset to our company, and I take generating and protecting these assets very seriously. A considerable part of my job involves “translating” science for attorneys and patent law for scientists. I also have to be able to understand a new result quickly enough to grasp what the specific invention is and ask further questions which allow me to distill the invention down to its bare essence. Organization is also key — this is something I learned as a matter of self-preservation, since this is a deadline-driven, and sometimes crisis-driven, job.

I now believe that my job as a patent agent is not a break with the past; rather, it is an exciting, alternative continuation of my career as a scientist. The patent applications that I draft and prosecute make me a critical part of the inventive process at SmithKline Beecham. Furthermore, my interactions with inventors on a daily basis keep me up to date with the latest technology. Not so long ago, when I began research as an undergraduate, I wondered what impact I would have on the development of new scientific knowledge. Through my work as a patent agent, I know that I am a key participant in the promotion of scientific progress.

I still run into acquaintances from my research days who ask me why I “left science”. I am quick to set them straight. I may not get my hands wet, but I use far more of my education and training than I ever did at the bench, and I am very much still in science. I firmly believe my experiences in science and patent prosecution will allow me to be a creative and contributing member of Villanova University, both as a student and as a future attorney representing achievement. 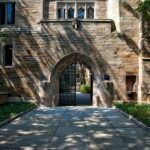 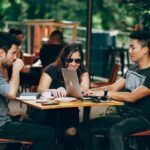 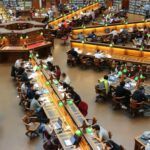